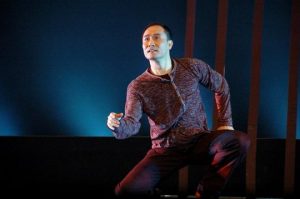 Song of A Prisoner 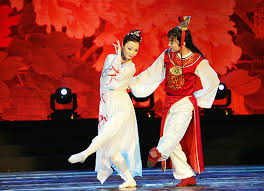 《红楼梦》The ‘Dream of The Red Chamber’. 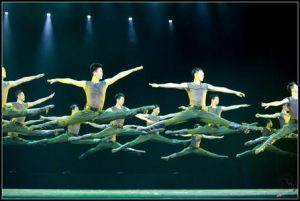 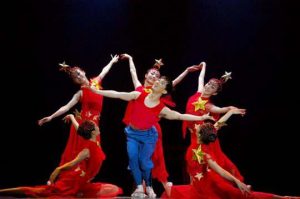 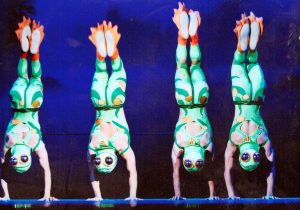 One of China’s most illustrious dance directors, and ranked National First Grade Choreographer, Zhao Ming is a man of many talents, and the only professional director in China proficient in army dance, Chinese dance, ballet and modern dance.

Zhao Ming began learning dance in a professional troupe in 1974, after which he furthered his studies in Chinese Folk Dance, graduating from the Chinese Ethnic Dance Department of the Beijing Dance Academy.  He then joined the Beijing Friendship Dance Company

Wanting to expand his horizons, Zhao Ming’s modern dance journey began in 1986 when he attended the American Dance Festival on an Asian Cultural Council grant.

His ties with Hong Kong began in 1992 when he completed a Professional Certificate in Performing Arts (Dance) at the Hong Kong Academy for Performing Arts.  He then joined Hong Kong Ballet as a soloist (1993-1995), after which he returned to the Beijing Friendship Dance Company to serve as its Artistic Director and Choreographer.

Zhao Ming is very productive, Most of his works are getting known in the west as the time goes on. His works cleverly blend Chinese dance, traditional and modern dance together with the western ballet, The highly acclaimed Farewell My Concubine made debut at the 4th Shanghai International Arts Festival in 2003, and won the Gold Prize and Best Dance Director Award at the prestigious Lotus Awards China National Dance Competition two years in succession.  Completed in 2004, The Dream of the Red Chamber won 1st Prize in the 4th National Performing Month for Opera and Dance Drama in 2006.  The work has been toured extensively throughout the world: to the United States of America, Canada, New Zealand, and Egypt.  Also created in 2004, the remarkable Swan Lake, the Chinese Acrobatics was first performed in Shanghai in 2005.  The production has won many awards in China such as Best Choreography, Best Lighting, and Best Costume Design, and was awarded one of the 2005-2006 Top Ten Productions of the National Fine Arts Stage Arts Project by the Ministry of Culture. Since its premiere it has toured to wide critical acclaim to Russia, Japan, Ukraine, United Kingdom, Germany, Switzerland and Austria; and was named the Best International Production by the Manchester Evening News in 2008.

Other notable works include Concubine Yang (2009), the dance drama The First Emperor of Qin(2010), fittingly performed in the Qin Huang Theatre located near the Terracotta Warriors; and Place, the dance drama ‘dream’, created in 2010 for the School of Dance in celebration of the 25th Anniversary of The Hong Kong Academy for Performing Arts.

His all-male Walk, Run, Jump was a milestone work, winning the Gold Prize in the 1st Lotus Awards China National Dance Competition.  As with Farewell My Concubine, the dance drama Shining Red Star won the Gold Prize and Best Dance Director Award in the Lotus Awards China National Dance Competition, making Zhao Ming the only dance artist to have won these awards twice in succession. The work also won the Best Choreographer Award and the Wen Hua Award in 2002.